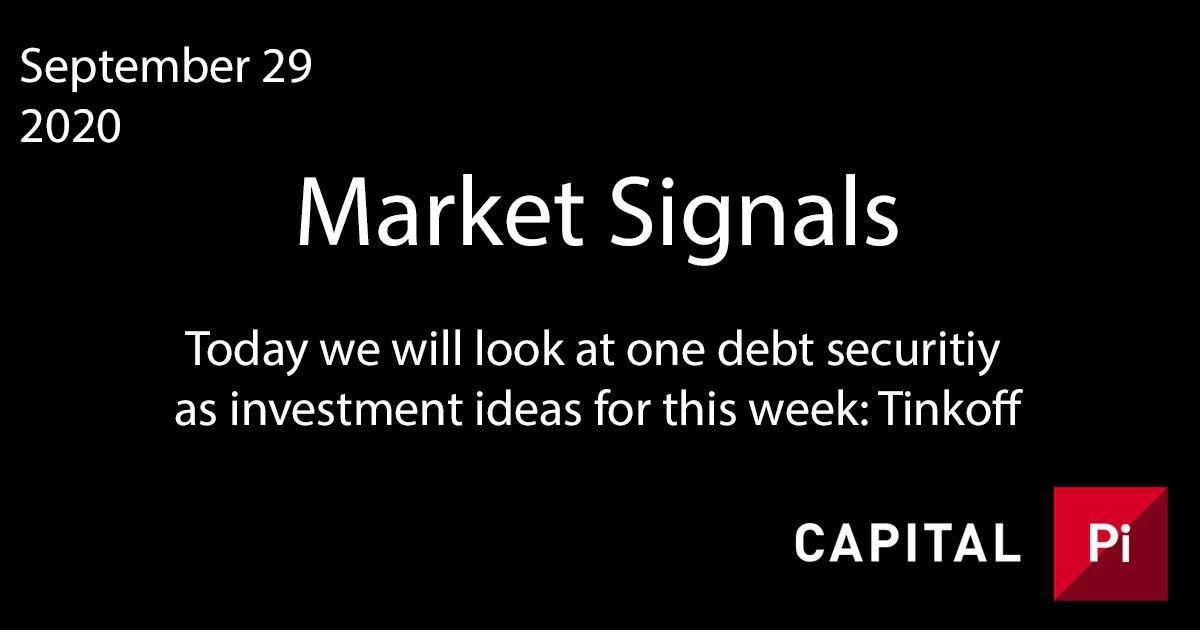 Today we will look at one debt securitiy as investment ideas for this week: Tinkoff

One of the few securities that gained in price last week was the only Eurobond issue Tinkoff (dollar perpetual, placed in 2017) on the news of Yandex's purchase of TCS Group for $ 5.5 billion. The Tinkoff issue is one of those Russian eternal "securities that we recommended to pay attention to some time ago. Our idea is that now that rates are at historic lows and the markets are not waiting for the dollar base rate to rise until 2023, there is ample opportunity for issuers to refinance their debt at lower rates. This is especially true for securities placed several years ago, when rates were at local maximums.

We propose to pay attention to those "eternal" securities of Russian banks, the next calls on which are planned until the end of 2022. We are talking about the issues of Alfa-Bank, VTB, MKB and Tinkoff.

Note that in the current reality of close to zero interest rates, coupons on these securities look very overstated (for example, the coupon for the Tinkoff Eurobond is 9.25% per annum), and we believe that some of the issuers will prefer to replace the existing Eurobonds with cheaper ones for servicing issues, having withdrawn them on the first call option. In particular, the next call on the Tinkoff issue is scheduled for September 15, 2022, with a yield of 5.8%.

Note that in case of non-withdrawal of the security, the holder is rewarded with a high current yield (defined as the ratio of coupon payments within the next 12 months to the current market price of the Eurobond). For example, on the Tinkoff issue, the current yield is 8.7%. According to this indicator, perpetual securities are the leaders in the entire Eurobonds segment.